Magnesium Oil is used for everything from restless legs and cramps to anxiety and sleeplessness. When applied to the skin, magnesium oil by-passes the digestive system and is transported directly into the muscles, where it is needed. However, magnesium oil is not actually an oil as such – it is a highly concentrated solution of magnesium chloride in water which appears to have an oily texture and can be applied to the skin in a similar manner to other beneficial oils. In fact, magnesium oil is a liquid salt solution.

Magnesium oil has been described as supersaturated magnesium chloride in water designed as a transdermal or external preparation that bypasses the digestive system and delivers magnesium through the skin allowing for convenient and rapid absorption into the cells.

Where does Magnesium Chloride come from?

The purest form of magnesium chloride is said to come from the depths of the Zechstein Sea in Northern Europe, 1600-2000 meters beneath the earth’s crust and isolated from impurities. It has also been extracted from various other oceans and inland brine areas but there are some concerns regarding the purity of magnesium chloride taken from these areas as they may have been exposed to industrial pollutants and contaminants– similar to concerns regarding the mercury content found in fish.

Why do we need Magnesium?

Each cell in our body needs magnesium to function properly every day. Magnesium is one of the central building blocks of life and plays a crucial role in over 300 fundamental biochemical reactions. It’s versatility is unlimited as it boosts almost all aspects of cell physiology and can be used orally, intravenously, and transdermally.

Magnesium chloride can help to address our nutritional deficiencies, improve the function of our cells and immune system, and help protect cells from oxidative damage. It’s a systemic medicine as well as a local one bringing new life and energy to the cells wherever it is applied topically.

Topical application, or direct application onto the skin with magnesium oil is used to alleviate aches, pains, inflammation, muscle soreness and spasms related to injuries and arthritis. It also increases strength, endurance and flexibility, which helps avoid injury. Magnesium oil may alleviate anxiety and improve sleep and can aid in regulating bowel movements.

Magnesium is king amongst minerals, crucial to the manufacture of energy and has been hailed by some as the panacea of our age. Most people are unaware of the role it plays in long term optimal health which is why magnesium deficiency has been dubbed the “invisible deficiency.”

What happens if we are Magnesium Deficient?

Magnesium is stored in our bones and organs where it is used for many biological functions. Magnesium deficiency or Hypomagnesemia can affect several of the body’s systems such as cardio-vascular health, insulin resistance and hypertension as well as muscular and neurological systems.

Magnesium is found in unfiltered water, dairy products, green leafy vegetables, nuts, fruits and grains however water filtering, over-farming and the use of pesticides leads to decreased magnesium in the soil which follows on to magnesium deficiency in our bodies.

How to use Magnesium Oil

There are several types of oral magnesium supplements available however, oral magnesium is not tolerated well by some people and some forms of oral supplementation have been shown to have as low as a 4% absorption rate. This is where magnesium oil comes into play.

Due to its universal ease of use and the high bioavailability of its dominant mineral – magnesium chloride, magnesium oil has been recommended as the most potent and absorbable form of magnesium offering a cutting edge approach to combating low intracellular magnesium levels, in a convenient topical application to the skin.

The skin is a living, breathing organ — the most efficient organ for detoxification with tremendous potential for re-mineralising the body. When magnesium is delivered through the skin it becomes directly available to the systems in our body that need magnesium to function. It is easily assimilated by the body and also tolerated very well by persons who require large doses.

Spraying magnesium oil directly onto the skin is the most efficient way to get the magnesium into your body. The physical condition of the skin is a significant variable as well-hydrated skin is easier to penetrate than dry skin. Some people leave the oil on indefinitely but others clean it off with a moist cloth or shower after 30 minutes as they find the residue a bit uncomfortable. You can also add magnesium oil to a warm bath or even a foot bath and some people take it orally in water or juice.

Are there any dangers with using Magnesium Oil?

It’s almost impossible to overdose on magnesium oil however some people with skin sensitivities find that it stings. Magnesium oil can be diluted with water or a natural organic carrier oil such as almond, or even a plant-based sorbolene cream. Once it has been diluted though, you won’t get the same absorption effect as with a neat solution. Avoid applying magnesium oil to any sensitive parts of the body such as your eyes or your genital area. Also be careful with shaved areas such as a freshly shaved face or underarms – it won’t cause any damage but may sting a bit.

Individuals with low blood pressure, renal impairment or limited kidney function should consult their doctor before starting to use magnesium oil. Anti-anxiety medication can also be affected by magnesium supplementation so it’s best to cross-check any prescription medications to ensure there will be no adverse reactions

How to maximise the benefits of Magnesium Oil?

How often should I use Magnesium Oil?

Magnesium oil can be used every day and indeed is recommended for use more than once a day if you are feeling a bit ‘off’ or following a detoxification protocol. It can take a bit of time to build up your magnesium levels so it’s best to apply magnesium oil regularly. You can keep track of your applications to help ascertain what’s happening in your body and how your ailments are responding to the treatment. 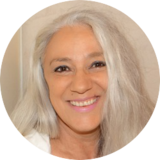 Vanessa is a mum and a nanna with a keen interest in natural and organic products, healthy eating and alternative medicines. Her mission is to convert her family and she’s already having some success with her grandchildren who love to use her organic essential oils and homeopathic remedies. When she’s not working, Vanessa is often in the kitchen cooking up bulk quantities of favourite healthy foods or trying out new recipes. She spends some time every day in the garden and loves reading crime thrillers and listening to music.

Sign up to receive our daily email and get 10% off your first purchase.